FRIENDS SINCE THE AGE OF NINE, Sucher and Fischler grew up in a rough-and-tumble Brooklyn neighborhood and early on they took the rebellious road: declaring themselves “anarchists” while still enrolled in Brooklyn Technical High School. In 1970, two of their NYU student films, I AM CURIOUS HAROLD and INCITING TO RIOT, caught the attention of film school instructor Martin Scorsese, who encouraged them to use film as a political tool. 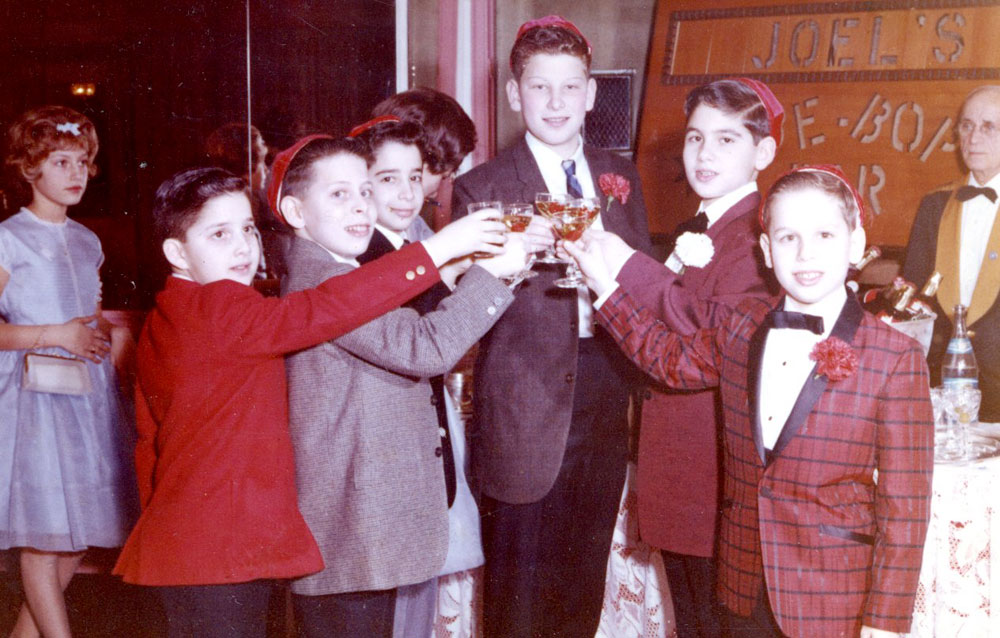 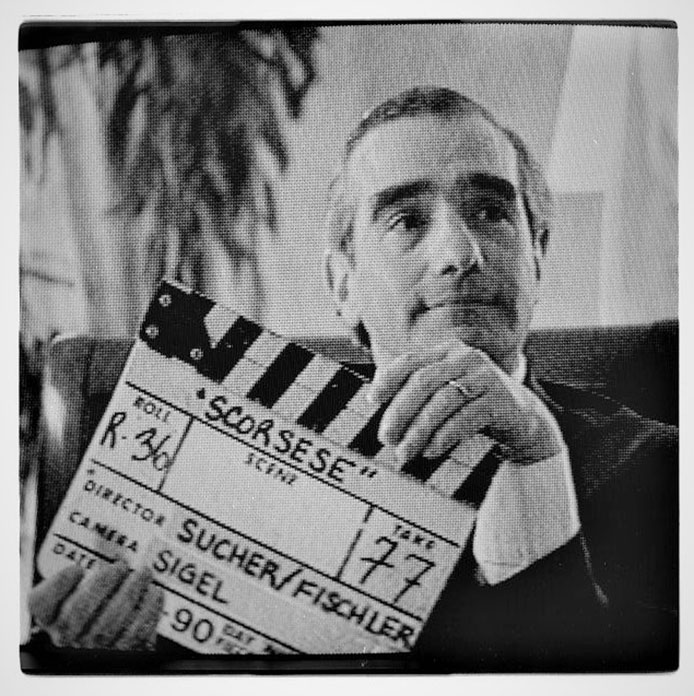 ESTABLISHING PACIFIC STREET FILMS while still film students at NYU, Sucher and Fischler began tackling subjects that were never mediocre or mundane. RED SQUAD, in 1971, pitted them against the forces of both the police and FBI’s surveillance units; ever-present at the many anti-Vietnam War demonstrations they filmed at in the early 1970s. In his New York Times review, Vincent Canby called RED SQUAD, “funny, in the way that two spies are funny when they suddenly discover they’re spying on each other. Yet it’s dead serious, the record when four young filmmakers decide to run their own surveillance on the surveillants, those keepers of secret files who monitor protest groups, minority groups, demonstrations…” 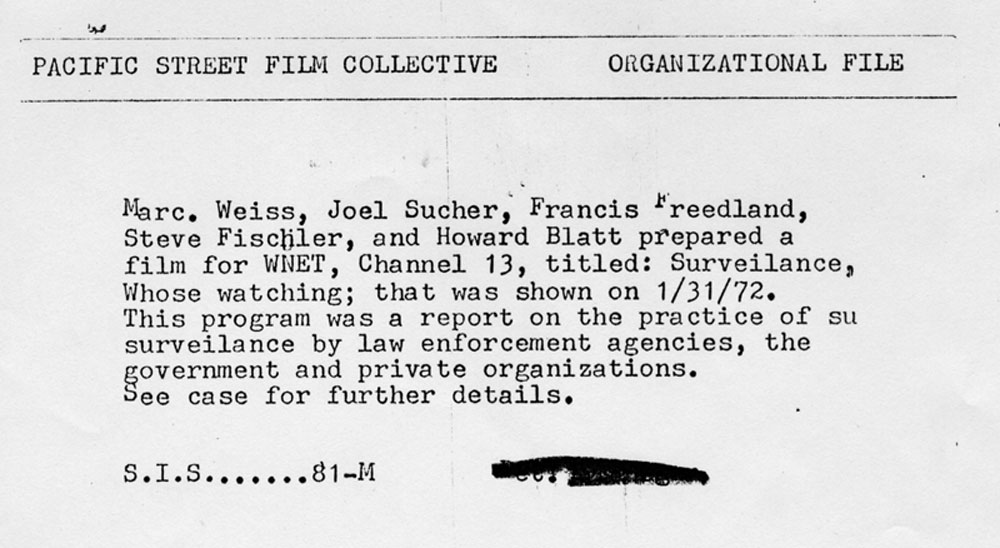 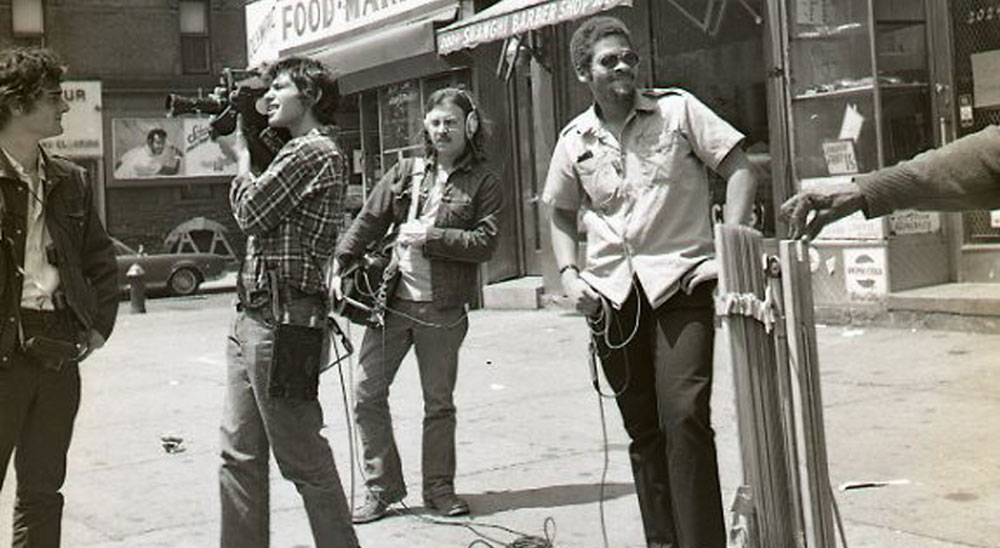 Fischler and Sucher’s work helped FREE A WRONGLY IMPRISONED MAN. Martin Sostre, a black bookstore owner in Buffalo, New York, was framed on a drug dealing charge by the local sheriff. As part of the production of FRAME-UP: THE IMPRISONMENT OF MARTIN SOSTRE (1973) the filmmakers found and convinced the key prosecution witness in the original trial to publicly recant his testimony. Eventually, New York State governor Hugh Carey granted Sostre executive clemency on Christmas Eve, 1975. 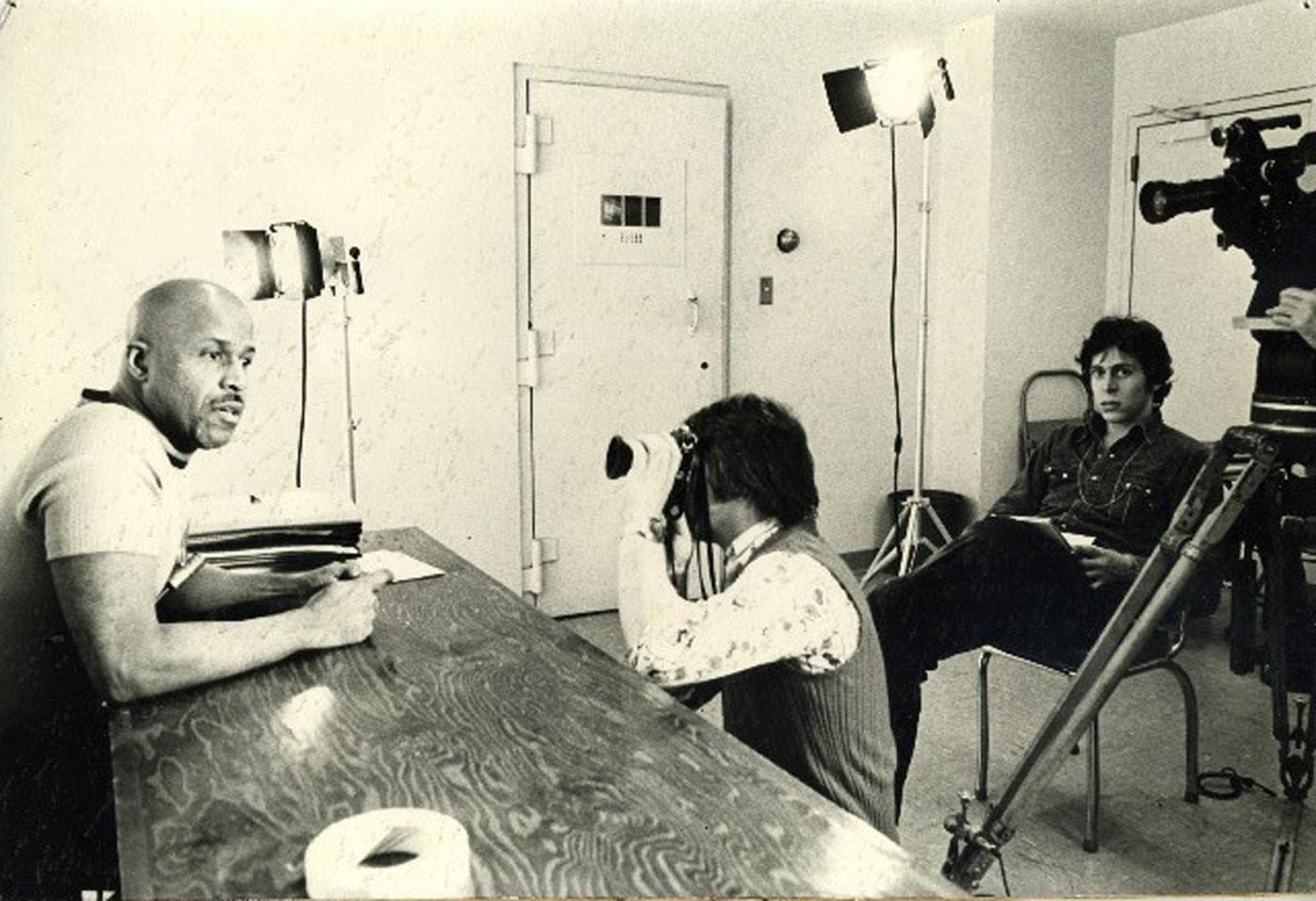 Frame-up! The Imprisonment of Martin Sostre

By the late 1970s the two turned their activist interest in ANARCHISM into Guggenheim Fellowships in film (the pair were the youngest at the time, 1978, to receive the honor) and their research into the subject resulted in the production of two films, FREE VOICE OF LABOR: THE JEWISH ANARCHISTS (1980) and ANARCHISM IN AMERICA (1982). 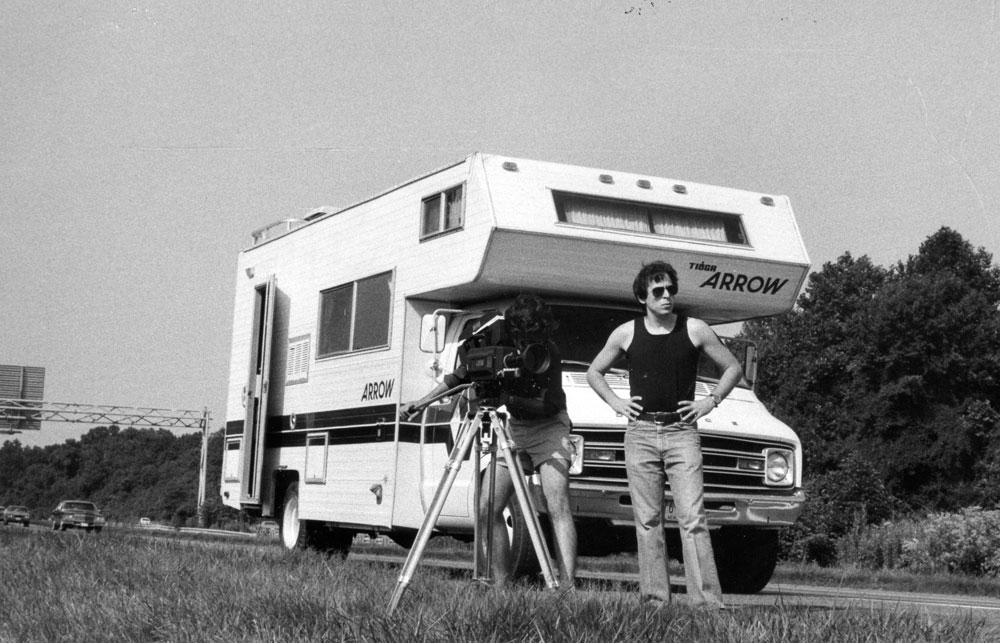 On location for Anarchism in America 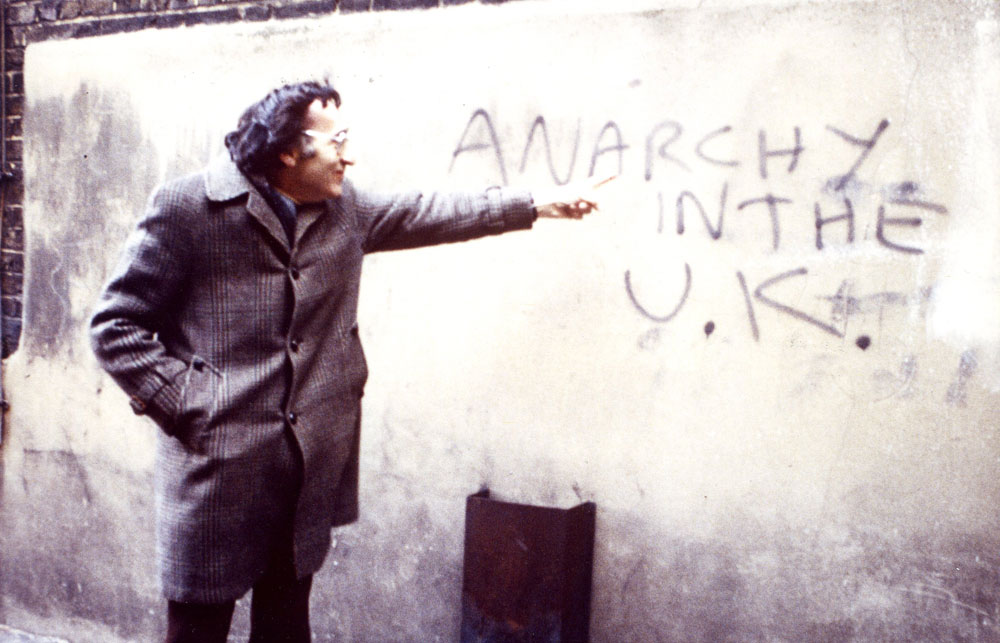 On location with Professor Bill Fishman in London

They have also traveled extensively, documenting the history and often perilous work of UNITED NATIONS PEACEKEEPERS in two films: BLUE HELMETS (1989), narrated by Jesse Jackson, and IN SEARCH OF PEACE (1995), a fiftieth anniversary tribute to the UN, produced for Ted Turner and narrated by Paul Newman. 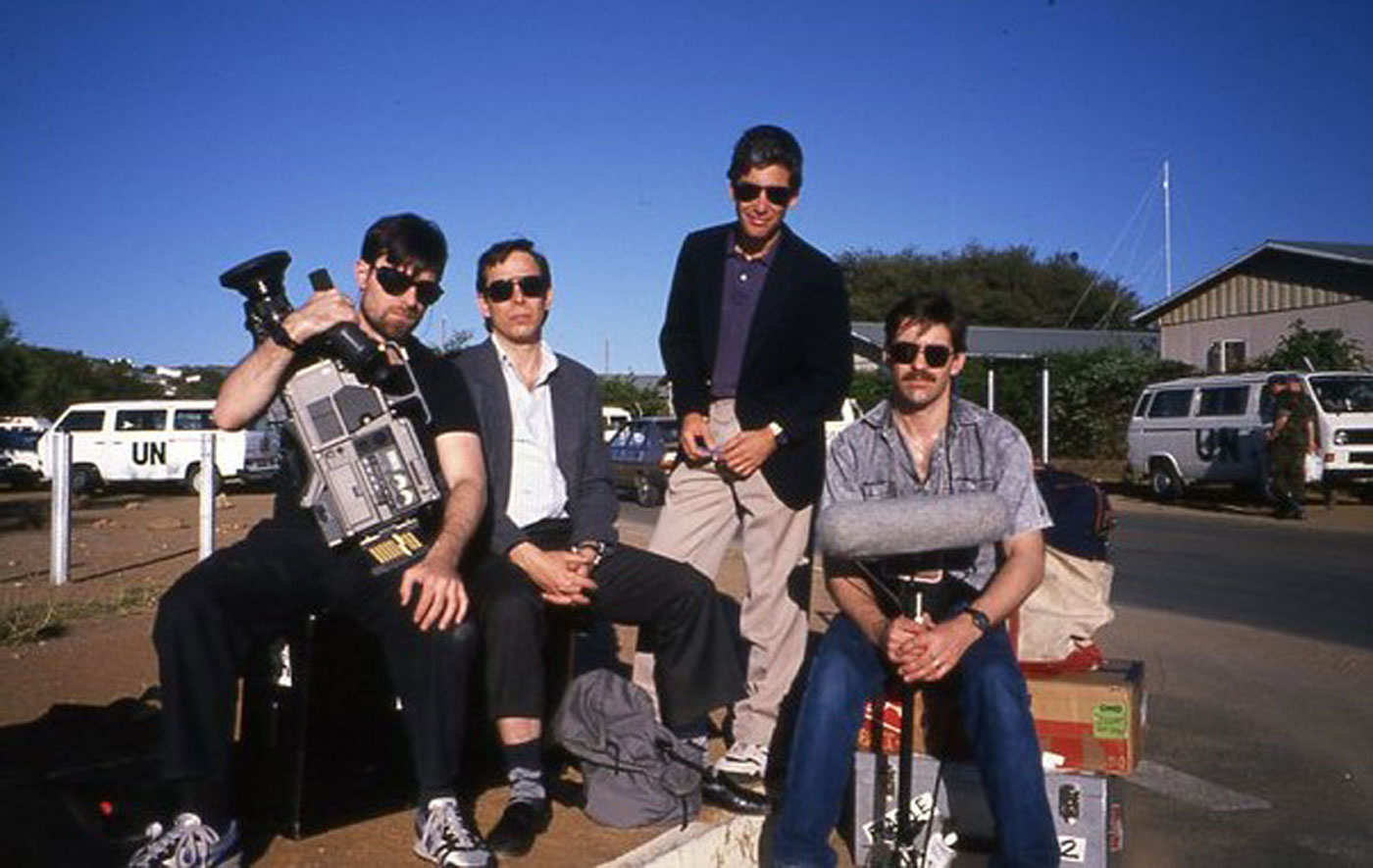 Sucher and Fischler worked behind-the-scenes on the sets of GOODFELLAS, JFK and CAPE FEAR, along with their NYU mentor Marty Scorsese, and fellow classmate Oliver Stone. MARTIN SCORSESE DIRECTS (1990) was an in-depth look at the director, appearing on PBS’s AMERICAN MASTERS series. OLIVER STONE: INSIDE/OUT (1992) was broadcast on both SHOWTIME and the BBC, treating viewers to a rare look at the controversial director with his guard down. Working backstage on other feature sets, they produced two major documentaries on Jessica Lange, a portrait of director Sidney Lumet; two “Back Stories” for American Movie Classics (no surprise, on the making of JFK and GOODFELLAS), and a BRAVO portrait of actor Nick Nolte. 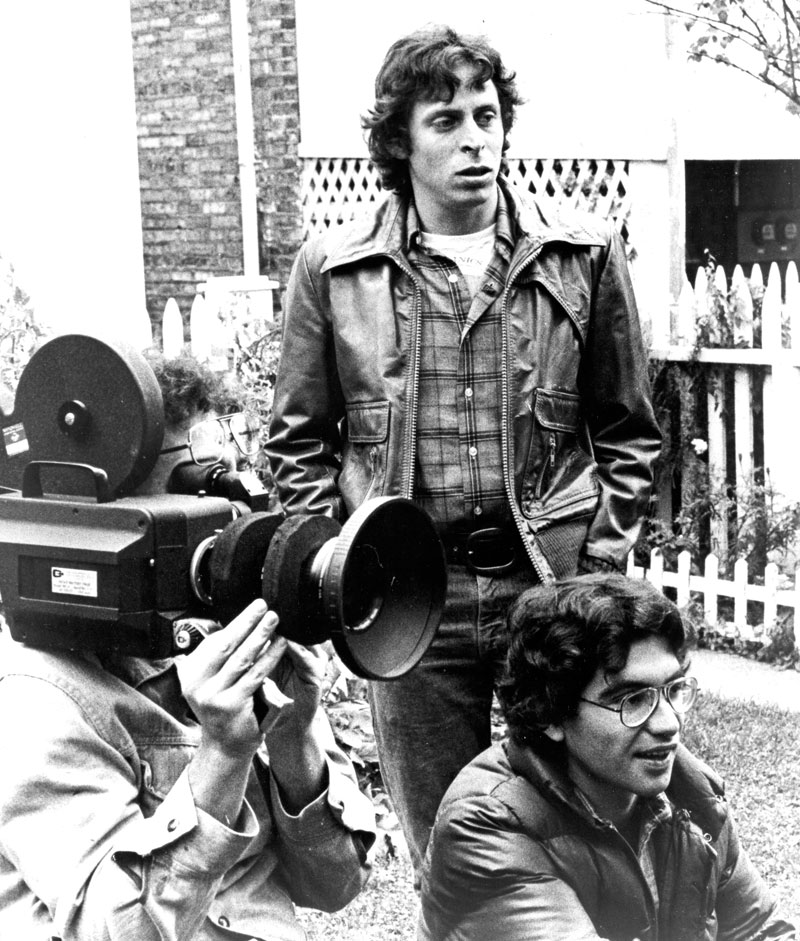 Steve and Joe on the set 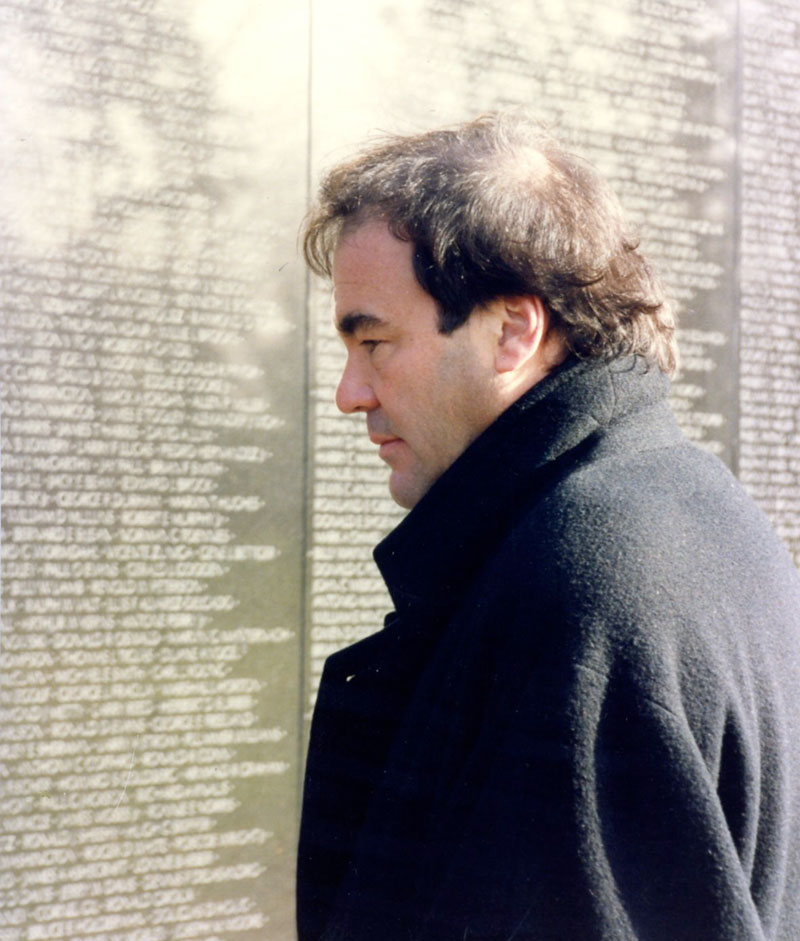 On location for Oliver Stone: Inside Out

Driven by personal interests and long experience in THE WORLD OF MARTIAL ARTS, Sucher and Fischler produced and directed THE WARRIOR TRADITION, a five-part series for the History Channel, and a highly acclaimed two-hour special, MARTIAL ARTS: THE REAL STORY, for The Learning Channel (TLC). 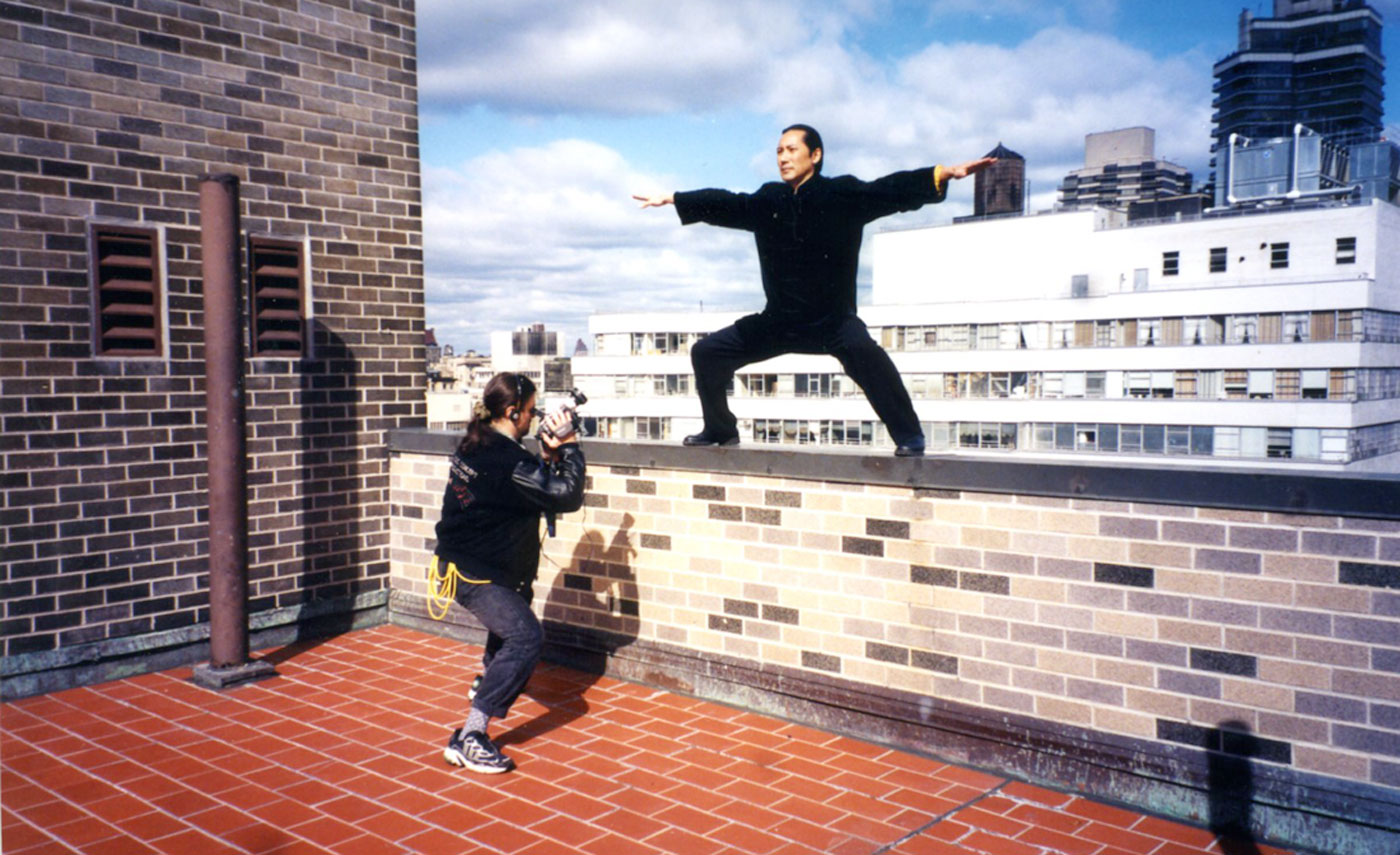 FROM SWASTIKA TO JIM CROW premiered as part of PBS’s Black History Month in 2001.  Sam Freedman, writing in the New York Times, described the story as, “bearing witness to a chapter of Jewish and African-American history that has remained almost unknown…” In a review in the New York Daily News, Eric Mink wrote that the film is an “affirmation of the human spirit, of the ability of one human being to touch another irrespective of race, religion or politics…” 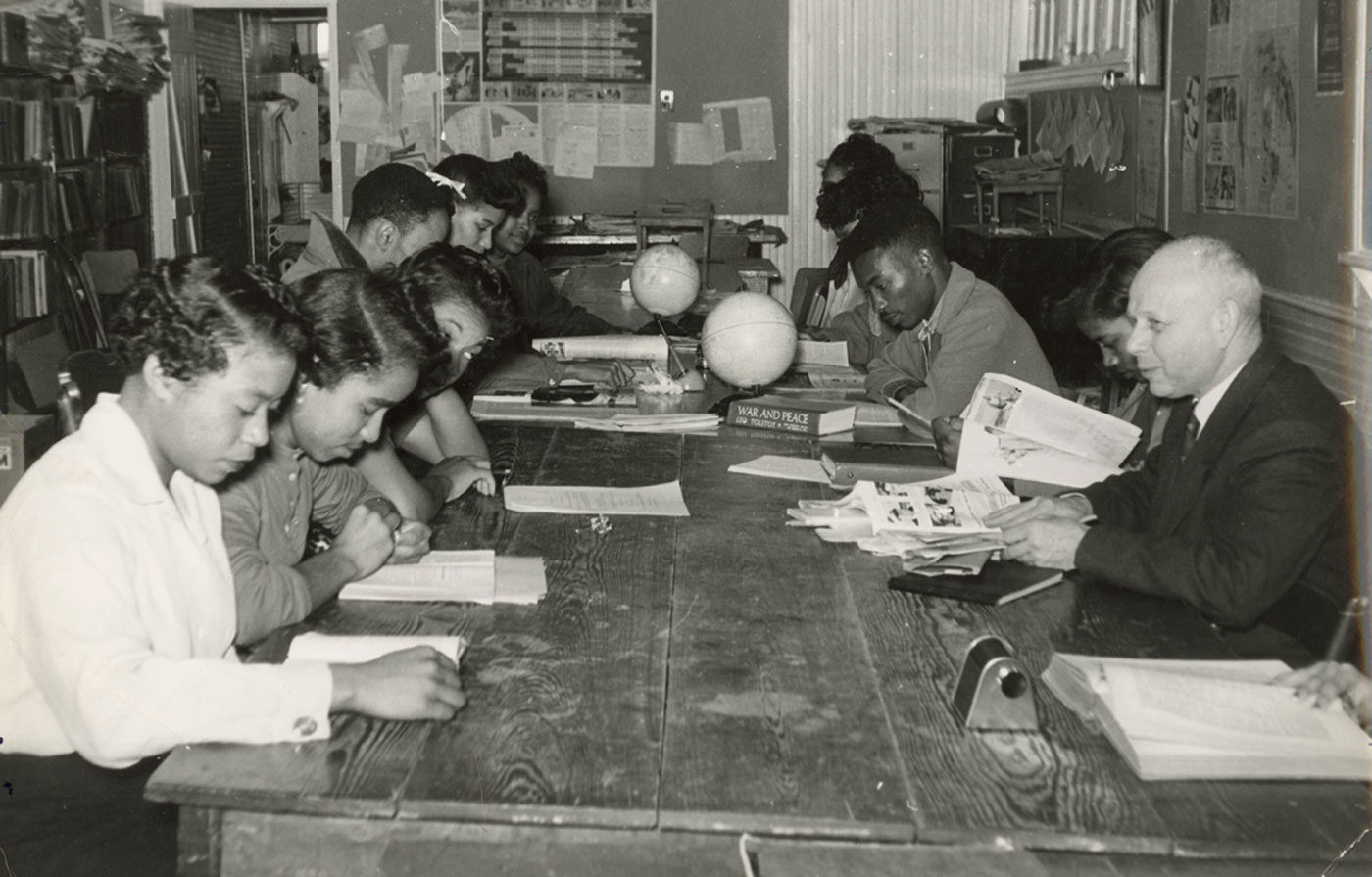 Prof Ernst Borinksi in From Swastika To Jim Crow 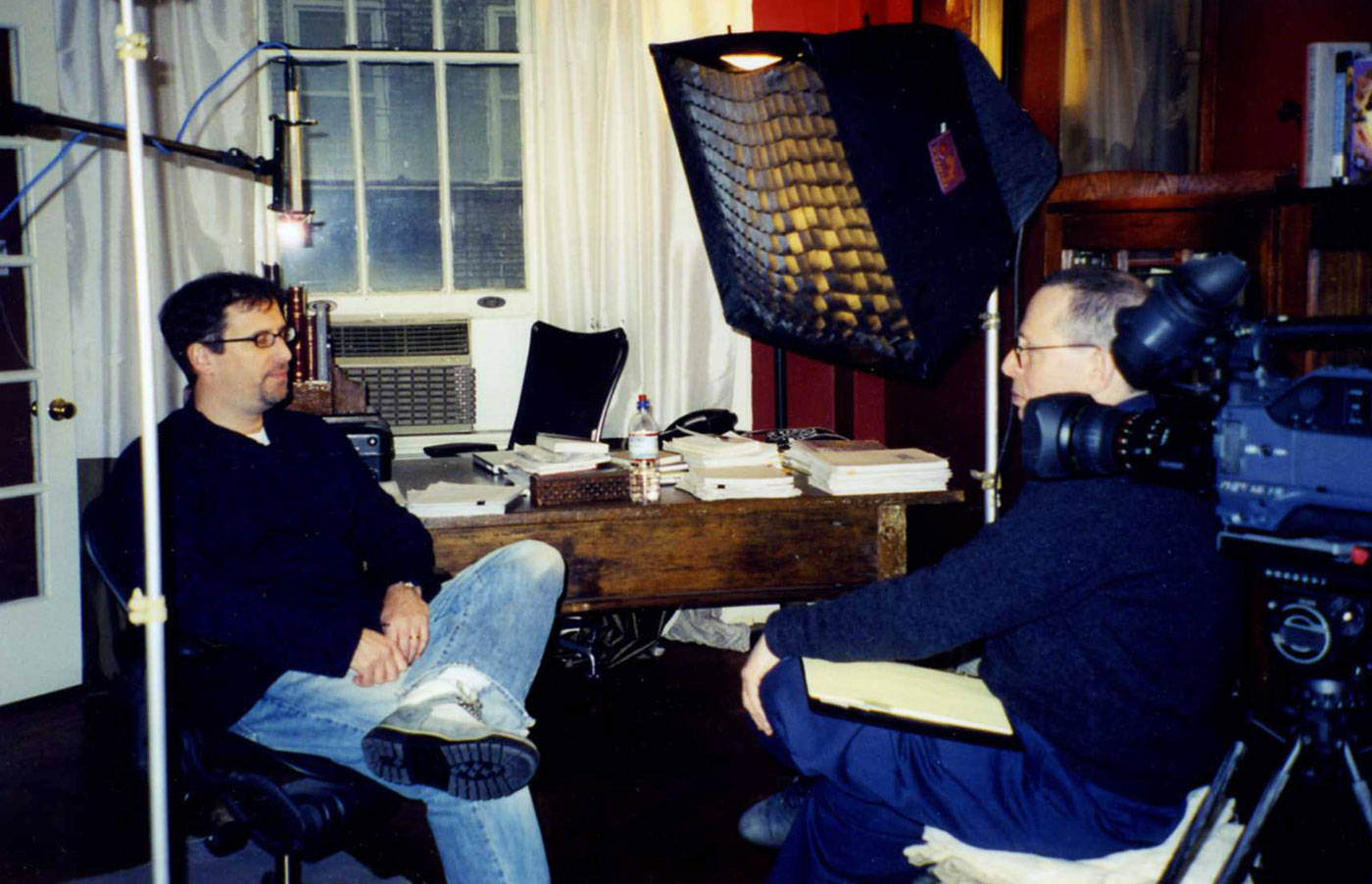 On location Beyond Wiseguys: Italian Americans & The Movies

“You have never met a more likable group of talking heads, exuding deep affection for the business,” is how the New York Times described DRESSING AMERICA: TALES FROM THE GARMENT CENTER. “The directors, Joel Sucher and Steven Fischler, have written a love letter to Seventh Avenue with multigenerational scope.”  The 2014 documentary revealed how New York City’s Garment Center was created by an amazing assortment of tough Jews – mostly immigrants – some of whom seem to step directly from the pages of a Damon Runyon short story. 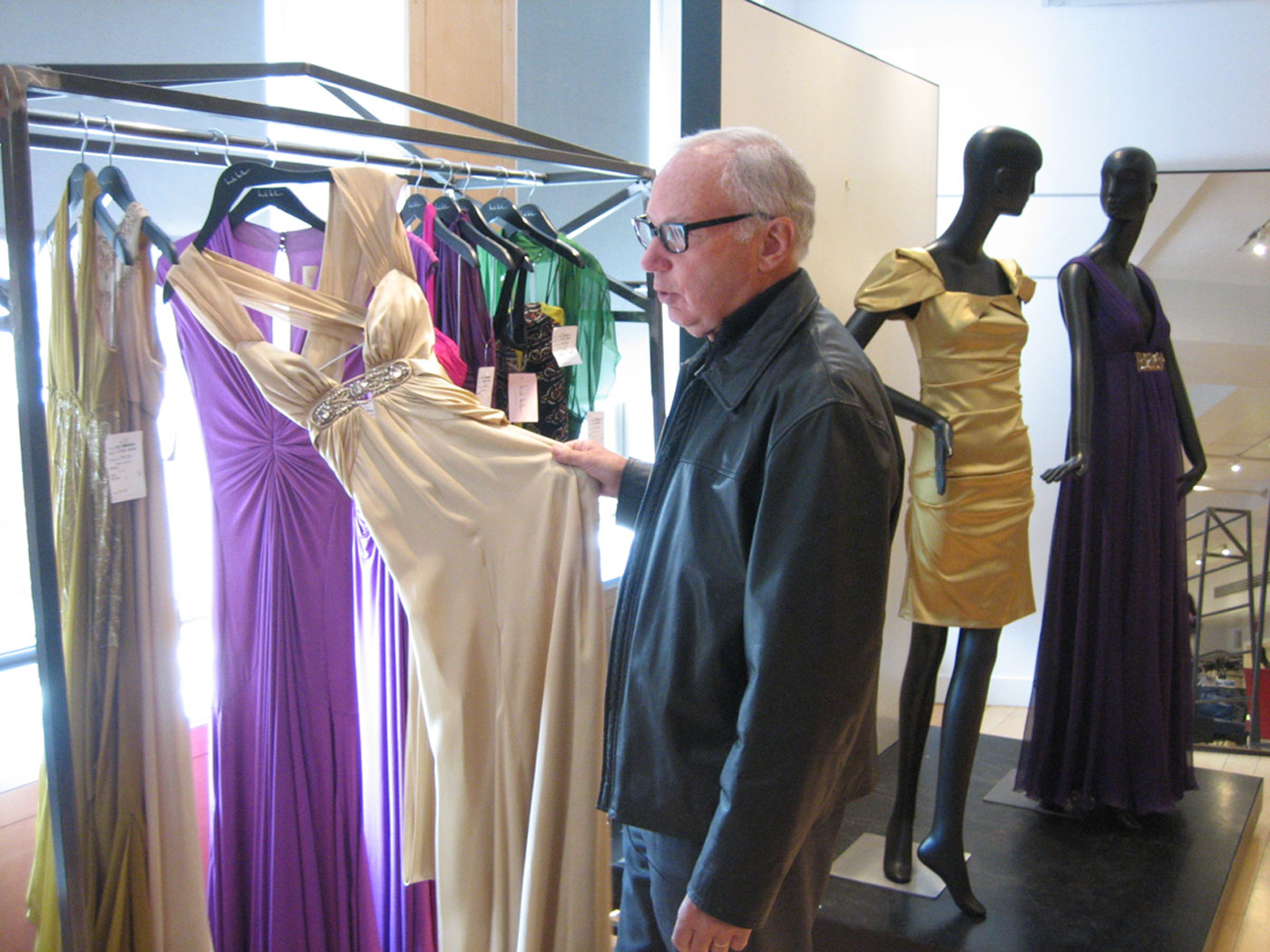 FIVE-FINGER DISCOUNT: A CROOKED FAMILY HISTORY, a Pacific Street Films co-production, directed by Steve Fischler, is a documentary based on best-selling writer Helene Stapinski’s story of growing up in 1970’s Jersey City; part of a family of four generations of swindlers, bookies, embezzlers, murderers and mobster wannabes. Helene provides the compelling narrative, weaving the saga of her family during Jersey City’s notorious era of political corruption under the rule of Mayor Frank “I Am the Law” Hague (who held the town in his grip from 1917 to 1947). FIVE-FINGER DISCOUNT premiered on Thirteen/WNET in 2017. 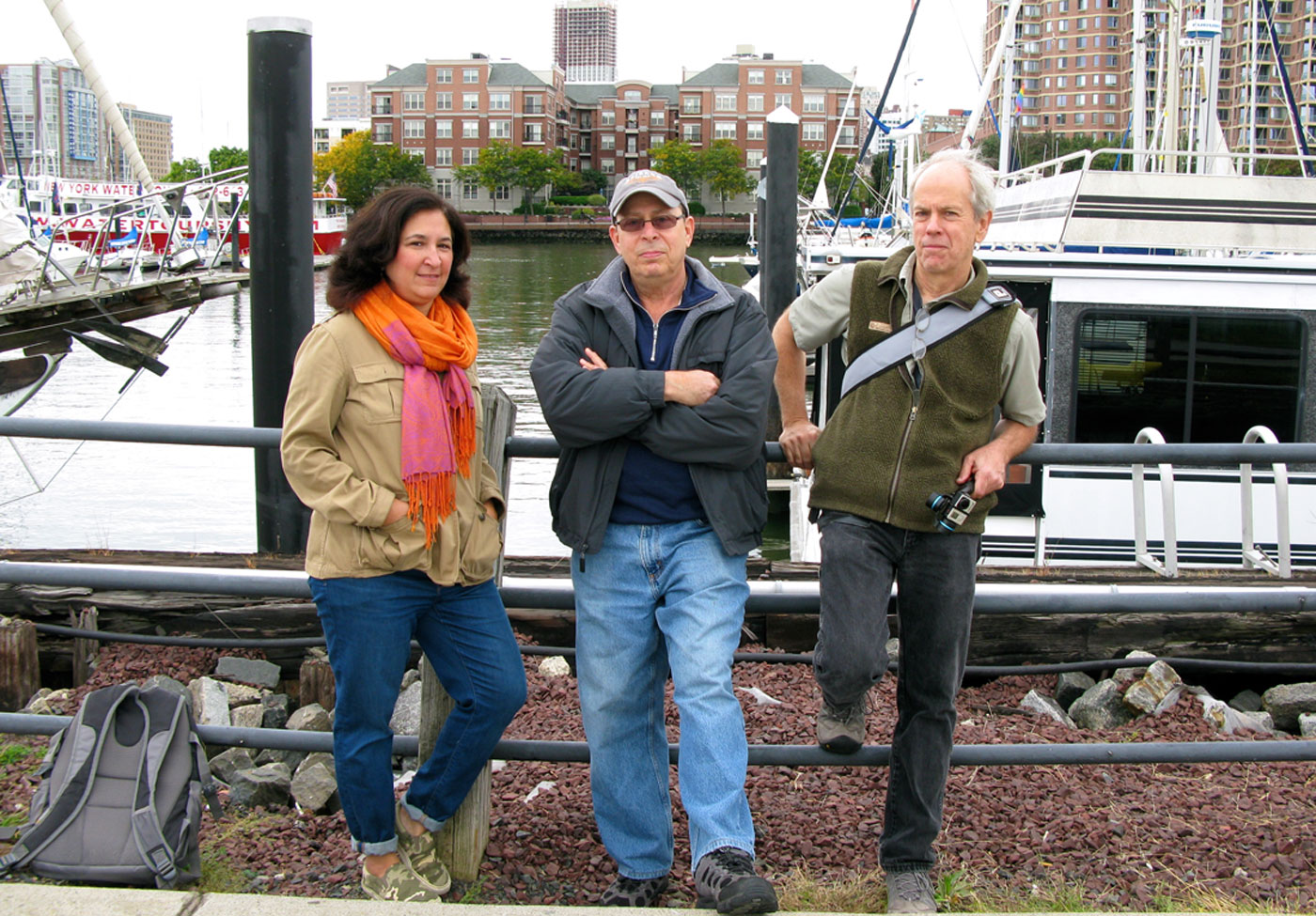 On location in Jersey City for Five-Finger Discount