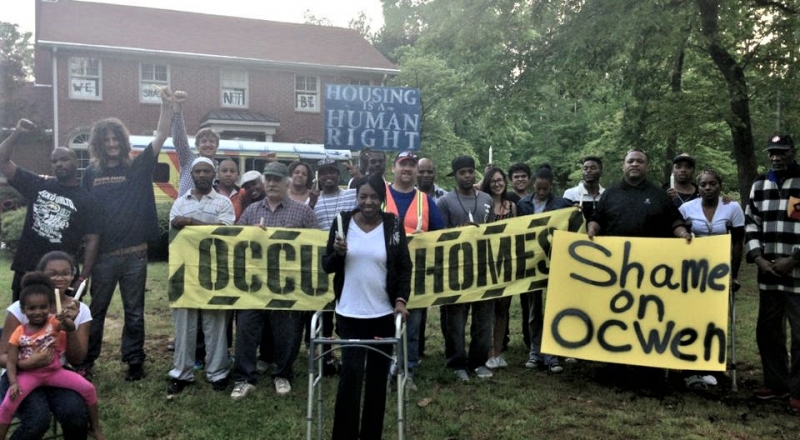 FRIDAY, MAR 26, 2021 @ 7PM EST – People Before Profits: A work in progress from Pacific Street Films
Presented by South Side Projections

Since 2007 Pacific Street Films has been filming the impact of Wall Street’s excesses, specifically as it applies to foreclosure/eviction and, by extension, homelessness. This is being done in concert with Joel Sucher’s writing for publications that include American Banker; In These Times and Huffpost. Joel Sucher has also documented and written about his personal experiences fighting three successive foreclosure attempts initiated, in turn, by Washington Mutual; Goldman Sachs and Wells Fargo. Pacific Street Films founders Joel Sucher and Steven Fischler present some of the footage they’ve shot about the foreclosure crisis and talk next steps in this vital project.

Pacific Street Films is a documentary production company founded in 1969 by Joel Sucher and Steven Fischler. Together, they have produced more than 100 films, including Red Squad (1972), Frame-up! The Imprisonment of Martin Sostre (1974), Man’s Best Friends (1984), Oliver Stone: Inside/Out (1992), and Beyond Wiseguys: Italian-Americans & The Movies (2007). They are the recipients of a Guggenheim Fellowship and a career retrospective at the Museum of Modern Art.

About South Side Projections

Founded in 2011, South Side Projections presents films at locations across Chicago’s south side to foster conversation about complex social and political issues. At many screenings, we enlist scholars, activists, and filmmakers to lead discussions, while other screenings offer opportunities to present seldom-seen films of historical and artistic value to the communities of Chicago’s south side. In all cases we are a springboard to a deeper understanding of our communities and the broader world. 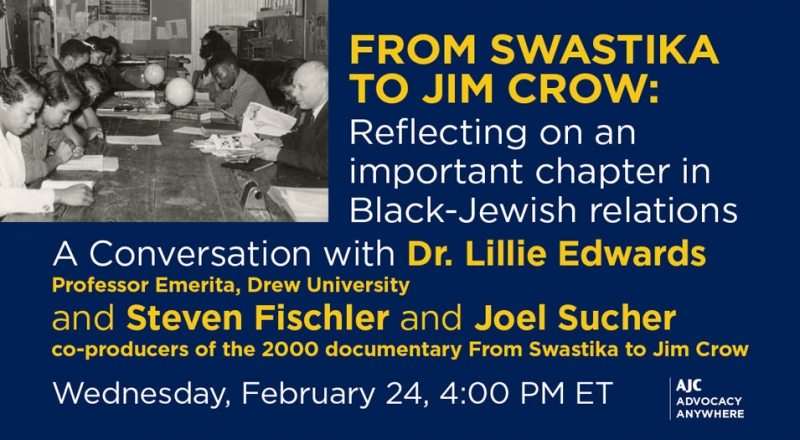 ZOOM WEBINAR Feb 24, 2021 – From Swastika to Jim Crow: Reflecting on an important chapter in Black-Jewish relations

In honor of Black History Month, join Dr. Lillie Edwards, Professor Emerita of History and African-American Studies at Drew University, and Steven Fischler and Joel Sucher, co-producers of the 2000 documentary From Swastika to Jim Crow, to discuss the little-known story of German-Jewish refugees, who, expelled from their homeland by Hitler and the Nazis, found new lives and careers at historically Black colleges and universities in the American South. With antisemitic, anti-immigrant, and racist rhetoric once again on the rise, this film is as important today as it was when it was released over 20 years ago.