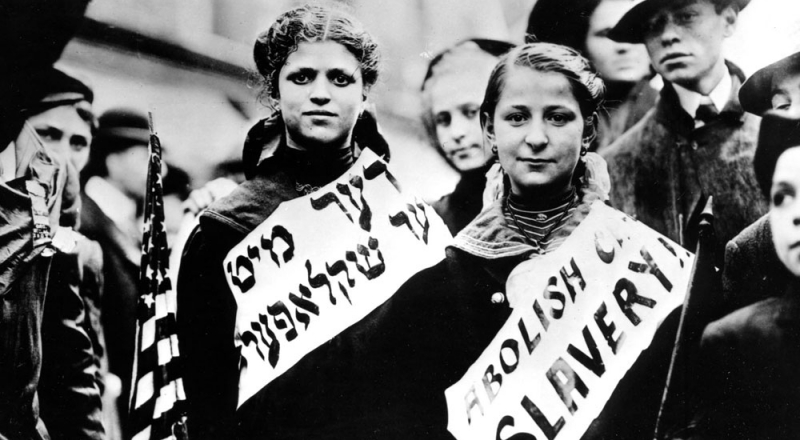 Steven Fischler and Joe Sucher’s astonishing portrait of immigrant life in the U.S. is seen through the eyes of the sweatshop workers who made up the Jewish anarchist movement. Between 1900 and World War I, they built trade unions, organized schools, sponsored lectures and discussions, as well as a wide range of cultural events. The film focuses on the last generation of these immigrant anarchists who published the Freie Arbeiter Stimme (Free Voice of Labor), which was, until it folded in 1977, America’s oldest continuously published Yiddish and Anarchist newspaper. The Anarchist movement had a resurgence in the activism of the 1960s and ’70s and has continued to be influential not only in the realm of arts and culture but as an essential element in international political movements like the Kurdish YPG. Certainly, in this country, Anarchist thinking has provided the backbone to both the Occupy and Antifa movements. Fischler and Sucher, of Pacific Street Films, relate this history through interviews with participants in the movement, archival photos and newsreel footage, excerpts from old motion pictures, and Yiddish songs and poems. 1980. 55 mins.

View the synopsis of Free Voice of Labor: The Jewish Anarchists.